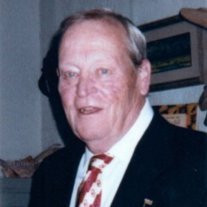 Stephen West Smith, a long time attorney in Henryetta, died peacefully in his sleep on November 15, 2013 at the age of 67. Born May 16, 1946 in Henryetta, Ok to Ernest West Smith and Katharyn Jean Forth. Stephen became the third generation attorney to practice law in Okmulgee County following in the footsteps of his grandfather E.W. “Cyclone” Smith and his father Ernest Smith. Stephen served as an Assistant District Attorney in Okmulgee from 1971 to 1975. He opened his own law firm in Okmulgee in 1975. In 1977 he left Okmulgee to join his family’s law firm in Henryetta until his death. Stephen graduated from Henryetta High School in 1964. While in high school, he achieved the badge of Eagle Scout and while practicing law became a member of the Advancement Committee of the Boy Scouts Executive Council. He received his BA degree in History at the University of Oklahoma in 1968 and his Juris Doctorate at the Oklahoma University College of Law in 1971. While attending law school, he received the American Jurisprudence Award in Criminal Law and American Jurisprudence Award in Domestic Relations; both awards are earned by the top student in the class in their specialized field. He was also named to the Dean’s Honor Roll and graduated in the upper 25% of graduates in the OU law school. While in school he worked two years for the Highway Department legal staff in Land Condemnation. He was a long time member of the Henryetta First United Methodist Church, Masonic Lodge, Shriners and the Rotary Club. He was also the past president of the lions Club and a member of the Chamber of Commerce. Stephen held membership in the Okmulgee County Bar Association, Oklahoma Bar Association, American Bar Association, National District Attorney’s Association and the American Trial Lawyers Association. He served Henryetta as City Attorney for 15 years. He is survived by his wife; Marsha Wilson- Smith of the home and his mother Katharyn Jean Smith of Henryetta. A son, David Smith and wife Sheila of Houston, TX. Daughters; Stephanie Kissman of Tulsa and Amy Smith-Holt and husband Wade of Newcastle, Ok. By marriage a son Jason York and wife Christine of Houston and daughter Tiffany York of Henryetta. Brother: Donnie Smith and wife LouAnn of Henryetta and their children Bridgette and Natalie Smith. Grandchildren: Caitlin and Rebekah Smith of Houston, Madison, Noah, Lyric, Ethan and Rylee Kissman of Tulsa; Kaden, Nate and Gavin Holt of Newcastle and by marriage Ashley, Emily, Brandon and Justin York of Houston, TX. Funeral Service is scheduled for 2:00 pm, Thursday, November 21, 2013 at the First United Methodist Church in Henryetta. Interment will follow at the Westlawn Cemetery under the direction of the Rogers Funeral Home.

Stephen West Smith, a long time attorney in Henryetta, died peacefully in his sleep on November 15, 2013 at the age of 67. Born May 16, 1946 in Henryetta, Ok to Ernest West Smith and Katharyn Jean Forth. Stephen became the third generation... View Obituary & Service Information

The family of Stephen W. Smith created this Life Tributes page to make it easy to share your memories.