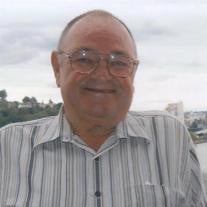 Philip Lewis Brown Sr a resident of Weleetka passed away on February 28, 2012 in Weleetka at the age of 68. Born September 5, 1943 in Mesa, AZ to Joseph Lee and Marjorie (Lewis) Brown. Philip was a retired firefighter with the Mesa, AZ Fire... View Obituary & Service Information

The family of Phillip Brown Sr created this Life Tributes page to make it easy to share your memories.

Philip Lewis Brown Sr a resident of Weleetka passed away on February...

Send flowers to the Brown family.