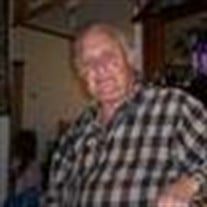 Kenneth Leon Harris a resident of Henryetta passed away on August 1, 2016 at the age of 76. Born March 7, 1940 in Henryetta, Oklahoma. He worked at G&H Decoy as well as a self employed industrial custodian. He is preceded in death by his... View Obituary & Service Information

The family of Kenneth Harris created this Life Tributes page to make it easy to share your memories.

Kenneth Leon Harris a resident of Henryetta passed away on August...

Send flowers to the Harris family.