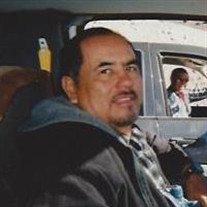 Weeping may remain for the night while rejoicing comes in the morning… Jimmy Cornelius Nail of Henryetta, Ok passed away with great dignity and peacefully at home surrounded by those he loved on February 25, 2016. He was born in Henryetta on November 15, 1949. He grew up in Henryetta and married his first love Carrie Moore in 1969 and they were married for 46 years. During his life he was active in golfing, fishing and spending time with his family. He was a member of the Amercian Legion and the Elks Club. He proudly served his country during the Vietnam War as a Marine. He once made the remark, “I’m most proud of making it back from Vietnam and marring Carrie”. He retired from the IUOE Local 112, where he worked as an X-Ray Technician in 2014. Jimmy enjoyed traveling, golfing, and watching his grandchildren play sports. He was a well know fixture at the softball field where he always cheered from the outfield fence. Jimmy is survived by his wife Carrie, his daughter Tonya Powders and her husband Scott, his daughter Tracy Nail, and his son Kiley Nail and his wife Autumn Nail. He has 7 grandchildren who were the twinkles of his eye; Addison Sandlin, Bailee Powders, Jackson Powders, Jason Powders, Jacob Nail, Nathan Nail, and Joe Nail. He is also survived by Carrie Ann Sandlin, who was “Papa’s Little Girl!” Those preceding him in death were his beloved parents, Jessie Dodson and Joe Lott Nail as well as his Mother in Law, Viola Moore, whom he thought of as his own mother. The family believes that when someone passes, their life does not end, but rather, changes. We know that Jimmy (Dad, Papa, JC) has reached a place of everlasting peace alongside Jesus Christ. While we grieve, his passing, with our grief come the lightness of hope. Family will be receiving friends at the Funeral Home Sunday Evening from 6:00-8:00pm Service for Jimmy will be Monday, February 29, 2016 at First Baptist Church, Dewar, OK at 2 p.m. with interment following at Westlawn Cemetery in Henryetta, OK with full military honors provided by the United States Marines.

Weeping may remain for the night while rejoicing comes in the morning&#8230; Jimmy Cornelius Nail of Henryetta, Ok passed away with great dignity and peacefully at home surrounded by those he loved on February 25, 2016. He was born in Henryetta... View Obituary & Service Information

The family of Jimmy Nail created this Life Tributes page to make it easy to share your memories.

Weeping may remain for the night while rejoicing comes in the...

Send flowers to the Nail family.