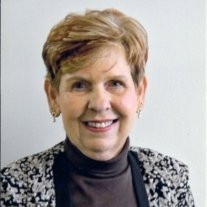 Charlotte Ganelle Wion a resident of Henryetta passed away on September 17, 2013 in Henryetta at the age of 73. Born June 5, 1940 in Hydro, OK to Jess and Jessie (Dungan) Zacharias. She married Ken Wion on August 14, 1960 in Hydro OK. Ganelle... View Obituary & Service Information

The family of Ganelle Wion created this Life Tributes page to make it easy to share your memories.

Charlotte Ganelle Wion a resident of Henryetta passed away on...

Send flowers to the Wion family.