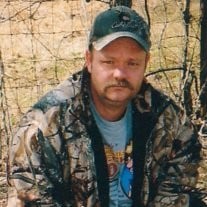 Emmert E Griffin a resident of Okmulgee passed away on May 28, 2013 in Okmulgee at the age of 47. Born July 30, 1965 in Tulsa, Ok to Emmert E. Griffin and Blanche Weiesenbach. He was a meat cutter at Warehouse Market in Okmulgee an attended... View Obituary & Service Information

The family of Emmert Eugene Griffin created this Life Tributes page to make it easy to share your memories.

Emmert E Griffin a resident of Okmulgee passed away on May 28,...

Send flowers to the Griffin family.