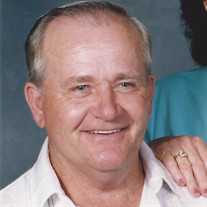 David Earl Stepp a resident of Kingston, Ok passed away on January 24, 2016 in Madill, Ok at the age of 77. Born July 20, 1938 in Antlers, Ok to Willie and Mary Anna (Brown) Stepp. He served in the US Army and retired from being an electrician. Preceded... View Obituary & Service Information

The family of Earl Stepp created this Life Tributes page to make it easy to share your memories.

David Earl Stepp a resident of Kingston, Ok passed away on January...

Send flowers to the Stepp family.