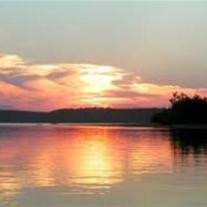 Wayne Douglas (Doug) Mathis a resident of Council Hill, Ok died on April 2, 2012. Doug was born on August 15, 1947 in Henryetta, Ok. He is survived by his wife Carla, stepson Tim Hawn and wife Karen and three grandchildren Matthew, Emily and David of Tulsa,Ok. Three brothers; Bill Mathis and wife Sandra of Henryetta, Jack Mathis of Georgetown, TX and Don Mathis and wife Ramona of Panama City Beach, FL. Sister Joy Devere of Portland, TX. Sister in law Ebba Mathis of Edmond, Step sister Patricia Mace of Henryetta, Step brother Craig Munda of Edmond and a host of nephews, nieces and cousins. He was preceded in death by his parents, Eddie and Mattilee Kennedy Mathis and a brother Dean Mathis. Doug graduated from Wilson High School in 1965 and attended East Central University in Ada, OK for one year before enlisting in the US Air Force. He served as Morse Code Intercept operator in Italy and upon his discharge in 1970 he enrolled at Northeastern State University, where he majored in accounting, graduating with a Bachelor’s degree in Business in 1972. During his work career, Doug served as an auditor for Blue Cross/Blue Shield, as the Controller for the Memorial Hospital of Southern Ok in Ardmore, Ok and the McCurtain Memorial Hospital in Idabel, OK. He last worked as the Chief Financial Officer for the Eastern Ok Medical Center in Poteau, Ok retiring in 1996. A Memorial service to celebrate Doug’s life will be 10:00am, Saturday, April 7, 2012 at the Rogers Funeral Home Chapel.

The family of Doug Mathis created this Life Tributes page to make it easy to share your memories.

Send flowers to the Mathis family.