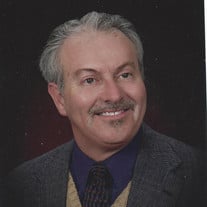 Donald Allan Wells passed from this life on January 30, 2016 at the age of 61. He was born to Earl A Wells Jr and Loleta E Wells on June 22, 1954 in Odessa Texas. At age 11, October 31, 1965, he was baptized by Brother Kenneth Balthrop at the Second Baptist Church in Odessa, Texas. Two years later, Donald moved with his family to Henryetta, Oklahoma and attended Henryetta Public Schools from the seventh grade through twelfth grade graduating in 1972. Upon graduation from Henryetta High School he enrolled at the University of Oklahoma where he majored in finance. He later attended the Southwest Graduate School of Banking at Southern Methodist University, receiving his degree in 1993. In 1976 he began his banking career at American Exchange Bank, and after a brief leave to work in his father’s oil business, returned to the bank in 1985. He took his father’s place on the Board of Directors of AEB and was appointed president of the bank in 1999. There he remained until his retirement in 2014. Donald enjoyed spending time working at this home, landscaping, gardening, and working at his car wash. He was a faithful member of the Henryetta First Baptist Church joining the church in 1967, worshipping there and serving on the church Finance Committee until his health recently prevented him from attending. His parents preceded him in death. He is survived by two sisters and one brother. Karla Thompson and husband Jimmy, Kim Moore and husband Lannie and Greg Wells and wife Jana. He is also survived by one niece and five nephews. Krystle Williams and husband Roger, Landon Moore, Taylor Thompson and wife Hannah, Ryan Wells, Austin Wells and wife Michelle and Chase Wells. One great nephew, Beckett Williams and one great niece, Brittyn Williams. Funeral services are scheduled for Tuesday, February 2, at the Henryetta First Baptist Church at 2:00 pm with Brother Rick Harrison officiating. Burial will follow at the Westlawn Cemetery. Services are under the direction of the Rogers Funeral Home In lieu of flowers, please make donations to the Henryetta First Baptist Church, 420 West Trudgeon Street, Henryetta, and OK 74437 in memory of Donald Wells. A very special thanks goes to New Hope Home Health Care and Good Shepherd Hospice for the care that Donald received.

The family of Donald Wells created this Life Tributes page to make it easy to share your memories.

Send flowers to the Wells family.