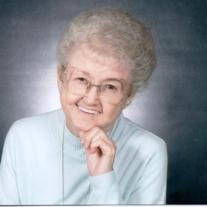 Dolores Jean Trader Philippe passed away on July 3, 2012 in Tulsa, Ok after an extended illness. Dolores, the oldest of 2 children was born on April 22, 1930, at home in Wilson, OK. She graduated high school at 17 and went to Tulsa, Ok to work in an insurance agency. In Tulsa, she met her husband Jack Dale Trader. He was killed in Korea in 1950. She continued her education at Oklahoma State University where she received and Associate’s Degree in business. After graduation she worked in the insurance industry for the next 45 years. In Henryetta she married her husband John Philippe; he preceded her in death last year. John and Delores loved to travel and he worked on the pipeline and she went with him much of the time. She would drive the X-Ray truck and he drove their travel trailer and they always had the cat, Baby with them. Delores was an athlete in high school and played basketball. She had a lifelong love for the game. Lately, she spent a lot of time volunteering at the Henryetta Senior Center where she served on the board. Her favorite activity there was playing cards with all her card buddies every day before lunch. She was very very active in her church and served on the funeral committee for years. She had many dear friends there. Her greatest joy was her family. She was a member of the Kennedy clan and all her cousins, aunts and uncles were very important to her. She was a great mother, grandmother, wife and friend. Dolores was a very strong personality and that strength, accompanied by her faith, helped her face this last great challenge with courage. She is survived by one daughter; Jackie and husband Kevin Parks. Granddaughter Halley Parks. Two step daughters; Kathy Tomlinson and Lori Philippe and one step son, John Philippe. Two step grandchildren Meagan and Ashley. Sister Patsy Dell Previtt and Niece Kathy and husband Allen Bowen, nephew Dana Brown and his wife Janet. Also numerous cousins, aunts and uncles. Memorials can be made to the Children Playground Fund; Henryetta First Baptist Church. Service will be 2:00pm, Friday, July 6, 2012 at the Henryetta First Baptist Church with Rev. Jim Paslay and Rev. Jack Vance officiating. Interment will follow at the Salt Creek Cemetery under the direction of the Rogers Funeral Home.

Dolores Jean Trader Philippe passed away on July 3, 2012 in Tulsa, Ok after an extended illness. Dolores, the oldest of 2 children was born on April 22, 1930, at home in Wilson, OK. She graduated high school at 17 and went to Tulsa, Ok to work... View Obituary & Service Information

The family of Dolores Jean Philippe created this Life Tributes page to make it easy to share your memories.

Send flowers to the Philippe family.