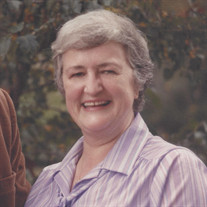 Born in Hominy, OK October 12, 1936 Survived by: Husband: Ted H. Locke, Madill, OK Son’s: Todd H. Locke and wife Kate and Tim W. Locke and wife April from Jenks, OK Grandchildren: Ivey, Sawyer, and Tess from Jenks, OK Sister’s: Shirley (Sport) Hinsley and husband Harold of Hominy, Ok and Sandra K. Cox from Irving, TX and Bobbie Ray Stotts and husband Stan from Oklahoma City, OK Brother-in-law: Fred Locke and wife Delores from Henryetta, OK Proceeded in death by father and mother, A.C. (Curley) Robinette and Imogene from Fairfax, OK; sister-in-laws, Kate Taylor, Lou Stephens, and Charline Tidwell—along with many aunts, uncles, cousins and many friends. Tommie was the second of four daughters of Curley and Imogene Robinette. Her dad had various jobs and moved around a lot in his work. Curley had a crew of men and they used horse teams with slips and did earth work for the rail road. He was a farmer and had milk cows, worked for Phillips Petroleum, was a plumber, and cowboy at several ranches. Curley loved being a cowboy the most and ended up managing a large ranch in Osage County while building his own ranch. Tommie went to several schools due to her dad’s work. She went to Middle Enterprise, Ralston, Avery, Meeker, Depew, Sparks, Schlegel, Guymon, Gray Horse, and Fairfax, all in Oklahoma. Tommie graduated from Fairfax in 1954 and then went to Draughn’s Business College in Tulsa and graduated in 1956. Tommie went to work for Warren Petroleum and met Ted. The story she liked to tell was that she lived two blocks from work and Ted lived three blocks and they walked to work traveling the same route. She would start to work early and walk slow so Ted would catch up with her and they could walk together. She said that was the way she trapped him. However, Ted knew what was going on so he made sure their timing was right. Ted and Tommie got married in 1957 and were married for 57 years. Another story Tommie liked to tell was when her and Sport were young they rode a horse named “Old Bessie” to school at Middle Enterprise. They had many stories about “Old Bessie.” Tommie liked horses and used to help her dad gather and work cattle on the ranch. She also rode horses in barrel races at rodeos. Tommie liked to play the piano. She would play Country and Religious music at home. When she was in high school she played the piano for the Naval Reserve Baptist Church where she was saved and baptized. When Todd and Tim were young Tommie was a Den Mother for the Cub Scouts. She took them on field trips and provided tasks and events for their troop. Tommie also attended all of Todd’s and Tim’s baseball games in all kinds of weather from little league to American Legion. She was very devoted in supporting her family. Tommie likes to do needle work, quilting, knitting and crochet. She made many quilts, wall hangings, afghans and doilies. She liked to make baby quilts for all the family and friends. She was very talented in making quilts and turned out some beautiful work. Tommie lives a full interesting life until her memory loss and Alzheimer’s set in. This is a disease that has no cure and causes an unpleasant life for your remaining years. Tommie lived at home with this disease for many years and was finally placed in a nursing home in Henryetta in June of 2014. Funeral service will be 2:00 pm, Friday, December 26, at the Immanuel Baptist Church with Rev. Jim Ray, Officiating. Interment will follow at the Westlawn Cemetery under the direction of the Rogers Funeral Home. No Visitation on Thursday.

The family of Carmelita J Locke created this Life Tributes page to make it easy to share your memories.

Send flowers to the Locke family.