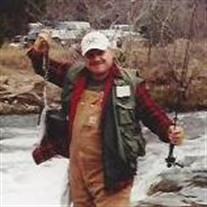 Steven Brent Wion known to most of his students as “Coach B”. Brent passed away on September 21, 2017 in Tulsa at the age of 56. Born August 12, 1961 in Thomas, OK to Kenneth and Ganelle (Zacharias) Wion. While in Henryetta schools Brent was involved in many sports. He was all district in football, ran track and threw the Disk qualifying 2 years in a row for state competition. Went to East Central University, member of Pi Kappa Alpha and graduated with a degree in teaching. He returned to Henryetta and taught classes, coached football, basketball and his passion was Track, where his girls won at state and was named track coach of the year for 2014. He had other hobbies like hunting, fishing, camping and being at the lake. After retirement Brent planted about a 5 acre garden and started his own farmers market known as “Coach B Vegetables”. “I've always followed my father's advice: he told me, first to always keep my word and, second, to never insult anybody unintentionally. If I insult you, you can be dang sure I intend to. And, third, he told me not to go around looking for trouble. ” John Wayne, his favorite actor! He is preceded in death by his parents, and Uncles Don and Ben Dodd. Survived by his daughter Mallory Wion of the Home Brother: Brad and Debbie Wion of Henryetta Step daughters: Tania Bardin of Henryetta, Brittany Roberds of Preston, Grandchildren: Coraline, Harper and Everly Nephews: Cassidy and Colten Wion Aunt: Karen Dodd of Cibilo, TX and Gay Wion Cousins: Kelly Bayley and husband Chris of Fairhope, Al, Monica Burcham of San Marcos, TX Marni Morgan and husband Gary of Cibilo, TX , Todd and wife Suzanne Wion of Houston, Scott Wion of Tulsa Service is set for 10:30, am, Monday, September 25, 2017 at the First Baptist Church with Toby Youngblood, officiating. Interment will follow at the Westlawn Cemetery under the direction of the Rogers Funeral Home. Pallbearers will be Gerry Miller, Greg Poulton, Gary Craft, Tony Greenwood, Jay Stallack and Paul Ritter. Honorary Pallbearers: Mark Shurden, Shawn Rogers, Travis King , Cassidy Wion and Colten Wion Memorials can be made the the Henryetta High School Track Program.

The family of Brent Wion created this Life Tributes page to make it easy to share your memories.

Steven Brent Wion known to most of his students as “Coach B”....

Send flowers to the Wion family.